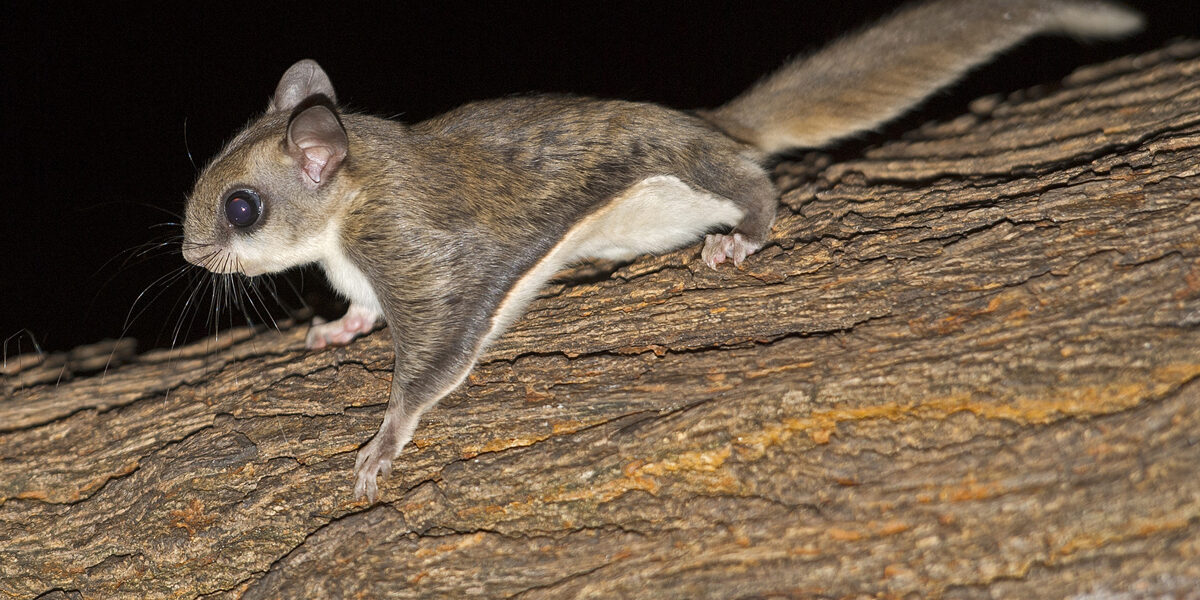 Varmint Gone received a call from Matthews, North Carolina saying they were hearing noises above their bedroom early in the morning. The noises began around 1 a.m. and did not stop until after 4 a.m. These noises were heard at different times of the year for over four years. The owners were excited about us taking on their Flying Squirrel Project in their home. They needed a good night sleep.

We began this Matthews Flying Squirrel Project with a complete inspection of the home.  When we began our inspection, we immediately looked for droppings from the animals. We very quickly found what we were looking for. Very small, slightly oval droppings were located in almost every area across the attic. Especially near the dormers on the back of the house located by a very large Beech tree. The culprit was confirmed as Flying Squirrels. We soon found two big eyes staring at us and were wondering what we were doing in their attic. As we moved from area to area, we watched as more and more eyes began watching us. In total, we found nine brown and white Flying Squirrels, ranging from adults to very small juveniles. We took some pictures and showed the owners who quickly stated, “Get them out!”

The process of removing flying squirrels is quite different from other animals. This is due to the number of squirrels habituating the home. The next day, we began the process of installing eight one-way doors to the numerous entrance holes we found. Then we secured every hole over the size of a dime around the entire home. After nearly one week, we removed all the one-ways doors we installed to get the flyers out of the home and sealed the openings. Then we re-entered the attic space and began our multi-step decontamination process. This process includes removing the dropping, disinfecting the area, deodorizing the space and sanitizing the attic back to new condition. The Flying Squirrel Project was now complete!

No more sleepless nights for this Matthews, North Carolina customer! Varmint Gone has offered fast and reliable wildlife removal and damage repair services to homeowners and commercial facilities since 1983. Over the years, we have developed unique and permanent techniques to safely eliminate squirrels from homes and businesses. Protect your family and your investment by calling Varmint Gone at 888-391-3330 or schedule an inspection online today!